Here at Prime we take pride in supporting local organisations, so therefore took the opportunity to once again sponsor an award at the Solihull College & University Centre’s graduation ceremony.

Kevin Johns, director at Prime, had the privilege of attending the evening and awarding the Prime Accountants Group Sponsored Award to Charlotte Callow, who had shown true resilience when faced with adversity.

Before studying her AAT accounting qualification at the college, Charlotte had worked in banking however decided on a change of career. After beginning her studies, she unfortunately became a young widow and single parent to her young daughter Emily. Despite this terrible loss, Charlotte took a short break and then continued with her studies. Her own health then took a turn and she was hospitalized later in her studies due to paralysis in her left side, forcing her to take another break from studying.

Despite all of these challenges, Charlotte went on to complete her entire qualification working on much of her studies at home and has succeeded in completing the path both she and her late husband wanted for her.

We’d like to congratulate Charlotte in her success, as she has shown true determination and led by example to become someone that many others can look up to.

We wish Charlotte all the best for the bright future that we are sure she has ahead of her. 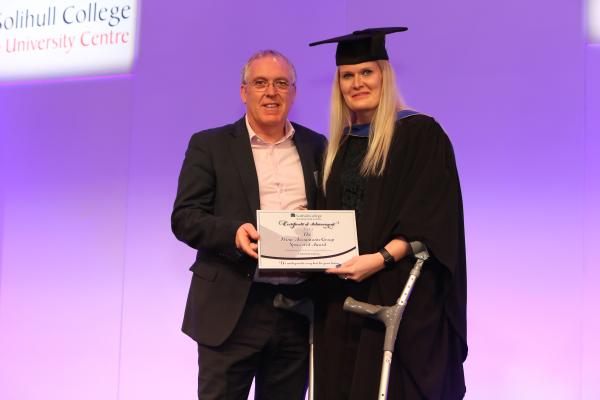